Step One – Give a Damn 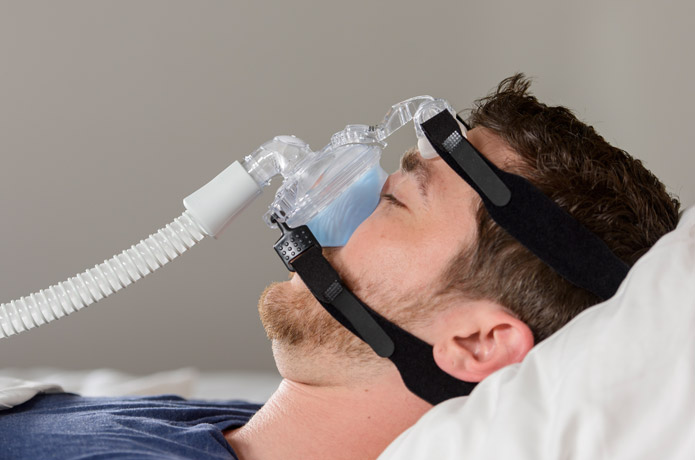 It’s been two years since I ran a sleep study on a patient and, even now, I still ask myself how many patients failed out on CPAP under my watch? How much more could I have helped succeed on therapy had I been able to offer a better CPAP interface? Have you ever looked back? It lays on your mind like an anvil some mornings when you finally crawl in bed, brain racing back over what went wrong. Have you done that? I mean walked down memory lane with those patients you knew you were so close to stabilizing, but the mask just kept leaking, fragmenting their EEG so often they were turned off therapy from the moment you clicked LIGHTS ON.

Those patients existed for me. I won’t say they were a badge of honor, as much as a trial by fire. We’ve all had them. I’m certain, on the clinical side of polysomnography, we can look back through the logbook to one or two patients in any given month, for one reason or another, we lost out on helping because of nasal mask related problems. Nothing fit right. Everything leaked. “The mask is too tight.” “It hurts my nose.” “It hurts my lip.” “The tip of my nose feels like it’s on fire.” “My nostrils sting.” “It’s leaking in my eyes.” “It’s leaking on my cheeks.” “I’m claustrophobic.” “Can I try the mask we started with?” Any of those sound familiar?

“Sorry to bother you, but could you come back in, I need to use the bathroom again? I promise it’s the last time.” We’ve all had bad nights. A few within our control. Most out of it. But how many of them were flat-out fixable with no leak?

Here’s a simplified scenario every sleep tech has gone through. You’ve counted through all the digits on both hands and are working on toes with the number of visits to a patient’s room, and it’s not even 2 am. This last mask will work, you think, collapsing into your chair and staring up at the monitor, EEG a blaze of alpha, tagging Wake for another thirty minutes, praying they go back to sleep. After all, it’s a SPLIT NIGHT, and you just hope to catch REM lateral, much less REM supine. You gave up on that an hour ago. But it’s now 3:30 and you’ve written WASO on the last three checks. You’ve gone to your go-to mask, then your backup go-to mask and the mask with the proverbial dust on it from ten years ago. And the other technician sitting across from you, binging on NetFlix, you’ve gone through their mask choices too, generally, because everyone likes playing Monday Morning Quarterback as you stumble in and out of the room interrupting House of Cards. And now…you’re six interfaces deep at the Pasteurmatic and what’s on the patient is leaking worse than ever. Seriously, you’re considering going back to the first mask again and changing the cushion size. You’re reaching for straws in hopes something will work.

Wouldn’t it be nice to have one straw and know that it worked? I mean really have a single go-to mask you can depend on for fitting EVERYONE and NEVER leaks? 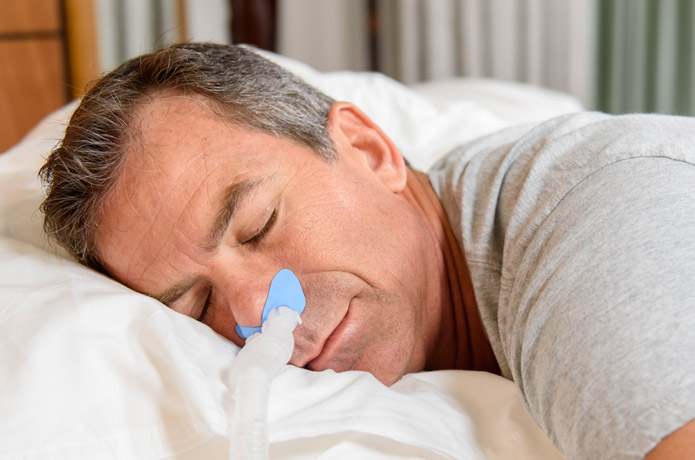 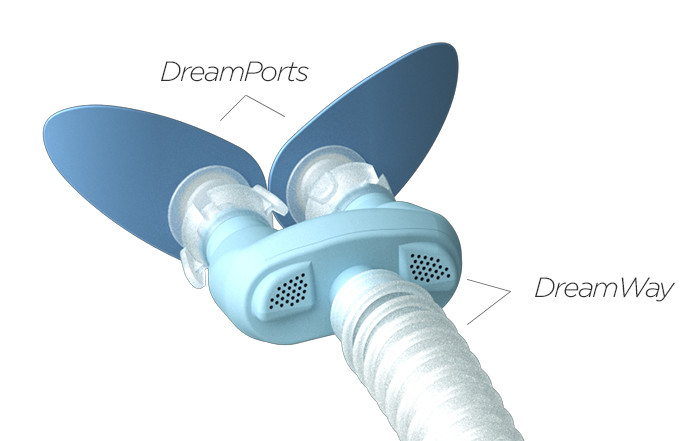 Well, now you can! Bleep – DreamPort Sleep Solution is a single night adhesive based CPAP interface used to seal off the nostrils without penetrating the nares. It is designed to never leak. It weighs only one ounce! The interface’s no leak design provides the benefit of effectively reducing unwanted arousals associated with a leak from traditional CPAP interfaces. Think about the sleep lab possibilities with that type of interface:

And if you’re the Lead Tech or Manager of a sleep lab, which dispenses therapy, you can have higher patient compliance rates because DreamPort Sleep Solution is designed to not leak. It’s comfortable because it’s ergonomically designed to fit anyone’s shape. The adhesive foam bends and molds to the shape of every patient. Big nostrils, small nostrils, spaced apart nostrils, angular nostrils, large nose, wide nose, skinny nose, IT DOESN’T MATTER!

You may be asking yourself why any of this impacts the tech? I’ll tell you why caring about a leak-free solution helps you. It means fewer SKUs on the wall, which means less overhead for the sleep lab to carry, which means more profit. A higher compliance rate means more reimbursement on CPAP machines to the doctor’s office where you work. Higher compliance also means healthier patients, which equates to better outcomes. Better outcomes means more referrals for your sleep lab. More referrals means being booked out weeks in advance. Being booked out weeks in advance means fewer nights where you get called off or have to go home early because a patient doesn’t show up. More successful titrations on CPAP leads to your ability to run three patient’s rather than two. Running three patients means you are getting spiffed at a higher rate of pay. The less sleep fragmentation you have to deal with because of mask leak means you can spend more time scoring studies at night, which means more payment for specific labs that want their techs to score their studies. All this drives the sleep lab toward increased labor productivity and more success. More business and more profit for the sleep lab equates to a better chance of a raise when it’s that time of the year. And who doesn’t like more money in the bank? Particularly in a space known for its reduction in margins due to insurance reimbursement cuts. I don’t know a single tech that has ever told me they are worth less than they make.

With Bleep – DreamPort Sleep Solution, control is back in the hands of the technician, and improved patient outcomes are grounded in measurable results you can see, feel and hear.

Give us a call to discuss how we can help you and your sleep lab become more effective at patient care. We give a Bleep About Sleep…and so can you.

The Bleep DreamPort Sleep Solution is awaiting FDA 510K clearance. We anticipate product launch in the middle or second half of 2018. Additionally, specific product claims are subject to adjustment based upon results of additional testing and studies.